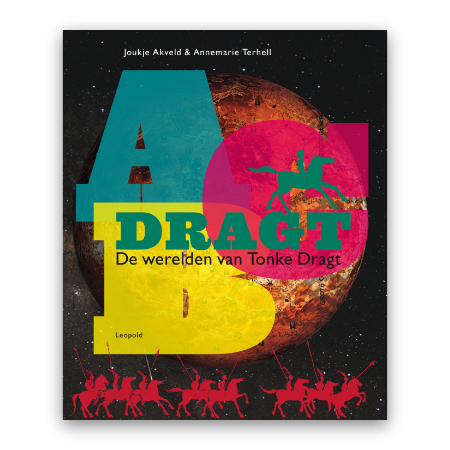 ABC Dragt – The Worlds of Tonke Dragt uses the letters of the alphabet to travel through the life and work of the famous children’s writer Tonke Dragt (b. Batavia, 1930). From the A of ‘Andere Werelden’ (Other Worlds) and the B of the ‘Boot’ (Boat) that brought her to the Netherlands from another B, Batavia, all the way to the Z of the (as yet) unfinished two-part Zeeën van tijd (Oceans of Time). Dragt’s worlds range from adventurous fairy tales to science fiction, from medieval knightly epics to contemporary mysteries. Her books have been loved and praised by generations of readers. In 2004, De brief voor de koning (The Letter for the King) won the Griffel der Griffels, a special prize for the best Dutch children’s book of the previous fifty years. Netflix adapted the book to make a six-part English-language series that was released in spring 2020.

'Joukje Akveld and Annemarie Terhell have translated their love for the work of Tonke Dragt, the writer of adventures, into a sumptuous travel guide to her mysterious universe.'

'A wonderful ABC for all readers of Tonke Dragt.'