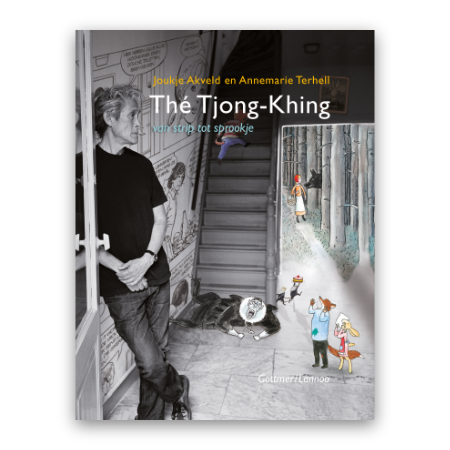 Thé Tjong-Khing – From Comics to Fairy Tales is an introduction to the life and work of the Netherlands’ most highly acclaimed illustrator of children’s books. For more than fifty years, Thé Tjong-Khing (b. Indonesia, 1933) has been doing pioneering work in Dutch children’s books. His extensive oeuvre combines a keen gaze, his characteristic precision and a tendency towards darkness, all merging to form a unique signature style. Starting as an artist of popular comics (Arman & Ilva), he developed into an illustrator of mysterious fairy-tale scenes.
When writing this book, the authors spoke not only to Thé Tjong-Khing himself, but also to others he has worked with, including writers, publishers, fellow artists, students and people who have put Thé’s work on the stage. The book contains hundreds of illustrations, some of which have never been published before, and it concludes with a photo-biography.

'A thorough and rich biography.'

'A biography that is very well worth reading.'